It appears that Facebook’s 1.71 billion users were not sufficiently engaged by social networking alone. Therefore, in 2016, the company unveiled a business model expansion with the introduction of Facebook Marketplace. As of October 2019, 800 million people use Facebook Marketplace every month in 70 countries around the world. Seeing the fact that this platform was built only six years ago, the growth is great!

Facebook, like eBay and Gumtree, has expanded its business model to include an online marketplace element. That allows you to find, buy, and sell goods with people in your area/community. The platform is similar to eBay. However, it adds a social aspect. You have the ability to talk with the other person via Facebook Messenger and view their Facebook profile.

How Does It Work?

After you’ve signed in to the Marketplace, you’ll see categories. Categories such as Entertainment, Vehicles, Housing, and Hobbies listed. You may either select a category of goods to browse or search for a specific item in the Marketplace search bar. After you’ve found the product you want to purchase, send the seller a message to negotiate.

Remember, Facebook is not involved in the process of purchasing or delivering items on Marketplace. You and the other party must negotiate it on your own.

On this Marketplace, you may list almost anything (except firearms and other restricted items), whether new or old.

Remember that even if your friends do not receive a notification when you list anything on Marketplace, they can see your listings if they live nearby. There’s no way to stop it.

There are occasions when a product remains unsold after seven days. After that period, you can either renew or remove your listing.

Now, to renew your listing, follow the steps stated below.

Facebook, Inc. started a test project in the United States called Facebook Marketplace that allows E-Commerce businesses to connect and sell their items on the platform. To get their partners on board, the firm has already teamed up with inventory suppliers and e-commerce giants such as Big Commerce, CommerceHub, and others.

It all began in February 2015, when Facebook launched “buy and sell” groups. These groups allow members to list items for sale in such groups by adding a description of the product. Moreover, they establish a price and select a pick-up or delivery location.

It seems that the present user data available to Facebook isn’t sufficient to sustain its ad income. It wants advertisements to be more precise.

What Role Does Marketplace Play In Facebook’s Revenue Growth?

This function, in fact, encouraged users to spend more time on Facebook (eBay’s user base has been stolen), talk about what they wanted to sell (because they’ve already bought or plan to buy that thing soon), look for items to purchase (they can get that product from an advertiser on Facebook as well), and chat with the strangers.

When Facebook Marketplace was launched, there were already 450 million users in buy and sell groups. As a result, this was a tried-and-true option to put into action.

These groups were privately owned, and Facebook had little say in the sale offers made on them. The site’s new regulations were violated by some of the items advertised (such as weapons, drugs, and other things). However, the marketplace, which serves as a marketplace to buy and sell goods, helps Facebook keep track of such items.

Yes. Many people believe that Facebook is a superior marketplace to eBay since, unlike eBay, which is a conventional marketplace, Facebook has positioned itself as a social market where you can see the seller’s profile but also view your mutual friends (if you want to ask about him) and communicate with him via Facebook Messenger. 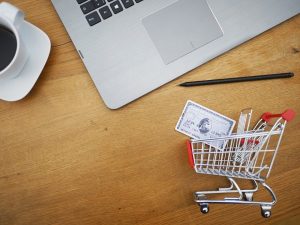 However, unlike eBay, Facebook does not support the exchange or delivery of goods in the Marketplace. There is no comment or review function on the marketplace as yet.

The Facebook marketplace is a permanent element of the Facebook app, and you can’t remove it yet. We’ll add to this area as soon as we learn anything about deleting Facebook Marketplace from the Facebook App.

What Should You Do As A Seller?

The impact of photos on your post is significant. You should make sure you have a variety of photographs showing various angles in natural light, with no distracting objects nearby or on the product for sale. You can add images of usage and any deterioration. The buyer should know exactly what they’re getting.

It’s not enough to just take photographs. In fact, it requires additional information about the product. When selling apparel, including brand names and measurements. For furniture, including the item’s dimensions as well as any relevant information regarding features.

Look at the prices of similar items and compare them to see how much others are asking. Set a price that looks like a bargain to others while still earning money.

What You Should Never Do As A Seller.

Don’t Forget to Specify Your Preferred Payment Option. All monetary transactions are direct between the buyer and vendor. Facebook has no involvement in this process.

As the seller, you have control over how you want to be compensated. If you’d rather receive cash, include “cash only” in the item’s description. That way there will be no confusion when you expect money and the buyer asks for your Venmo username.