Clickbait examples are a controversial topic. Some people think they’re an unethical way to get clicks, while others see them as a harmless way to juice up traffic numbers. The fact is, clickbait headlines can be surprisingly effective to achieve your marketing goals – if you use them the right way.

In this blog post, we’ll share 15 examples of clickbait headlines that actually worked. We’ll also explain why each headline worked and how you can apply the same principles to your own content. So read on to learn more!

Before we move on to the examples section, let’s first discuss what click-baiting is and how it works: 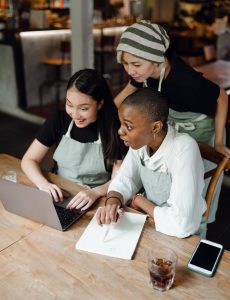 Click baiting is a technique where you use an attention-grabbing headline to lure people into clicking on your article. These headlines define your article’s compelling pitch and establish a connection.

The idea is that if you can get people to click through to your content with the help of clickbait examples, you’re more likely to hold their attention and keep them engaged. And as we all know, engagement is key when it comes to online content.

For example, let’s say you’re reading a blog post that has the headline “How to Lose 20 Pounds in Two Weeks.” Your curiosity is triggered, and you want to know more – so you click through to find out how this person lost weight so quickly.

However, once you get there, the article never actually tells you how to lose 20 pounds in two weeks.

Instead, the author compellingly describes why quickly losing weight might be great for some people. But, they never actually tell you what to do.

At this point, many people are irritated that their time was wasted clicking through unnecessary links – but other readers understand that “how” wasn’t really relevant to the article’s true topic. 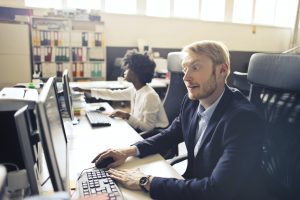 There are a few key reasons why click-baiting works:

First, it’s because people love to be surprised. We all enjoy learning new things and clicking on headlines that seem like they’ll reveal some sort of secret or hidden knowledge is a natural impulse.

In fact, this type of headline often triggers our curiosity because we don’t know much about the topic and want to learn more. An example of this is: “Why You Should Stop Wearing deodorant,” which was a headline that went viral in 2014.

People were intrigued by the idea of not wearing deodorant – but they didn’t really know why. So they clicked on the article to find out more.

Second, click-baiting works because it creates a sense of urgency in the reader’s mind. If you read a headline that says “The Five Things You Need To Know Before Your Next Interview,” then your natural reaction is going to be: I need to know what those five things are RIGHT NOW.

You’ll be tempted to click through and read the article immediately, rather than bookmarking it for later.

This is why headlines like “You Won’t Believe What Happened Next” are so effective – they create a sense of urgency in your mind that makes you want to find out what happened right away. As soon as you begin reading the article, you’ll start to look for clues about what “happened next.”

Third, click-baiting works because it’s an effective way to get people’s attention. With so much content competing for our attention online, it can be difficult to stand out from the pack.

And that’s where click-bait headlines come in. They help you to cut through the noise and capture people’s attention, which is a critical first step in getting them to read.

Here are some amazing examples that really work! 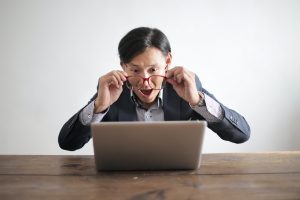 Now that we know why click-baiting works, let’s take a look at 15 examples of click-baiting headlines with their explanations that actually worked:

“You’ll Never Believe What This CEO Did to Get Ahead in Business!”

This headline is a great example of using curiosity to pique someone’s interest. By saying “you’ll never believe,” it intrigues the reader and makes them want to find out what the CEO did.

“One Simple Trick to Improve Your Memory Instantly!”

This clickbait example is a great example of using a benefit in the headline. In this case, the promise of improving your memory instantly is very tempting and makes people want to learn more.

“Why You Should Never Trust Experts Opinion Again!”

This headline is an excellent example of using a very controversial statement to generate interest. Promising that you should never trust experts again makes the reader question their beliefs. And want to find out why they shouldn’t trust expert opinions anymore.

“You Won’t Believe What This Guy Did When His Wife Died!”

This headline is another good example of using curiosity in the headline by saying, “you won’t believe.” This makes the reader want to find out more about the story and what the guy did when his wife died.

“This Is How You Can Finally Start Making Money at Home!”

This headline is a classic example of using a benefit in the headline. In this case, making money at home is a very desirable outcome, so the headline catches people’s attention.

“The Shocking Truth About How We Die!”

This headline is a great example of using fear to generate interest. By saying “the shocking truth,” it shocks the reader and makes them want to find out more about how we die.

“How This One Simple Trick Can Make You A Millionaire in Just Three Years.”

This headline is a great example of using hyperbole to generate interest. By saying “millionaire in just three years,” it sounds too good to be true and intrigues the reader into wanting to find out more.

This headline is an excellent example of using fear to create curiosity. By saying “the worst diet advice,” it makes the reader wonder what could be so bad about the diet advice and encourages them to read on.

“Are You Making These Deadly Mistakes with Your Money?”

This headline is a great example of using fear to create interest. By saying “deadly mistakes,” it shocks the reader and makes them wonder what these mistakes could be.

“How I Lost My Job and Made Millions on the Internet in Under Two Years!”

This headline is a great example of using exaggeration to generate interest.

By saying “millions,” it makes you think about how much money he really made, which intrigues the reader into wanting to find out more.

“What I Learned from a Billionaire in One Hour That You Can Use Today.”

This clickbait example teaches us on using authority to create interest. By saying “billionaire,” the reader automatically assumes that he knows what he’s talking about and wants to learn more.

This headline is a great example of using numbers to generate interest. By saying “$4000,” it makes the reader think about how much money they could make if they did the same thing, which intrigues them into wanting to find out more.

“The Truth About Weight Loss That No One Wants You To Know!”

This headline is an excellent clickbait example of using fear to create curiosity. By saying “the truth about weight loss,” it shocks the reader and makes them want to find out more about what this hidden truth could be.

This clickbait example is a great indication of using urgency to generate interest. By saying, “you’re probably doing this wrong,” it makes the reader feel like they need to take action straight away and learn how to start making more money.

“The One Secret Trick Everyone is Using to Lose Weight Fast!”

This headline is a great example of using curiosity in the headline. By saying “the one secret trick,” it makes the reader wonder what this trick could be and encourages them to read on.

So there you have it – fifteen great clickbait examples that work. By using any one (or more) of these techniques, you can create headlines that will intrigue and engage your readers, driving them to your content. So what are you waiting for? Start writing!