What Is The Best Time to Send Email Campaign?

Home » What Is The Best Time to Send Email Campaign?

Timing is everything when it comes to email marketing campaigns. If you send your campaigns at the wrong time, you could end up alienating your subscribers and damaging your brand. Conversely, if you send them at the right time, you could see a significant increase in opens, clicks, and conversions.

Sending email marketing content is a great way to reach your customer base. It’s a simple and effective marketing tactic that can be used any time of the year. But, “When is the best time to send an email campaign?”

This is a question that many marketers have been asking themselves. In this blog post, we will explore several factors that contribute to when you should be sending your emails. 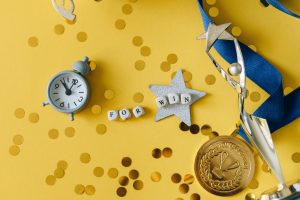 In conducting research on your target audience, case studies can provide you with some useful information. Here are some examples:

GetResponse examined 4 billion emails sent by its clients, including companies like entrepreneurs, internet marketers, and medium to large corporations.

This research unearthed some interesting findings. For example, Saturday and Sunday mailings accounted for 18% of all email campaigns, while Tuesday-only emails totaledHer 17%. In addition, the best click-to-open ratios were recorded on Saturdays and Sundays. This might be because there is less competition on the last days of the week.

However, before you begin sending emails these days, make sure you’re cautious. The open rate is not always a good predictor of an effective campaign. Instead, metrics such as a high click-through rate or conversion rate are useful. You are on the right track. If more people click your email links, then sign up for your service, buy your item, or do whatever you wish they would.

According to Klaviyo’s analysis of 22,000 campaigns, the best open rates happened on the first three days of the week. Klaviyo examined when customers made the most money from email advertising as part of their study.

They discovered that Thursdays resulted in the most income, despite the lowest open rates on this day. This might suggest that people are willing to look at emails on a Monday, but they are not ready to make a purchase until later in the week.

In order to study best practices in a variety of sectors, including list development and campaign timing, Omnisend reviewed almost 2 billion email campaigns that utilized the company’s services.

When it comes to converting leads into sales, promotional emails performed the best when they were sent during regular business hours. The most effective time for sending emails is between 8 a.m. and 9 a.m., with an open rate of 20.32% and a click-through rate of 7.79 percent, according to the findings. The 10 a.m. emails had the best open rates, but they produced fewer orders than other time slots.

It can also indicate that although people do generally read emails in the morning, they may not have the time or inclination to purchase items until later.

What to Conclude from These Findings? 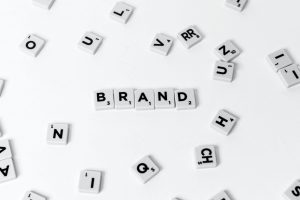 The best time of day to send an email campaign depends on your target audience.

For example, if your audience is mostly in the US, it’s best to send emails during the morning hours. Senders with an international base will find that their campaigns perform better later in the day. For marketers whose subscribers are skewed towards a younger demographic (18-34), email open rates tend to see a slight uptick around lunchtime.

The best time to send an email is between 12-18 (EST). However, if you’re looking for the perfect time to send your campaign, this infographic has got it all.

Just as there are different times that work better than others, certain days also yield higher open rates and clickthroughs. Open rates tend to be highest on Mondays and Tuesdays. However, you’ll typically see the best clickthrough rates on Wednesdays.

The worst days to send an email are Thursdays through Sundays. Fridays have shown a tendency towards lower-than-average open rates as well, so it’s probably not worth sending emails over the weekend unless you have a really strong reason to do so.

Month of the Year

Another thing to consider when timing your email campaigns is the month of the year. There are certain months that tend to be more successful than others. January, for example, is typically a good month for email marketing because people are looking to start the new year off with a fresh set of goals.

Conversely, June is typically not as successful because people are spending more time outdoors and less time in front of their computers. September and October often see good results due to the influx of new students and back-to-school shopping, while November and December usually perform well because of the holiday season.

What Email Schedule is Best for Your Audience?

There is no definitive answer to the question of when is the best time to send your email campaign. However, there are a number of things you can do to help you determine what schedule will work best for your audience.

In conclusion, there is no one-size-fits-all answer to the question of when you should be sending your email campaigns. However, by considering the three factors we’ve outlined in this blog post – time of day, day of the week, and month – you can create a campaign that yields better results than if you had simply sent it at random.